Dealing with the jerks of today's society 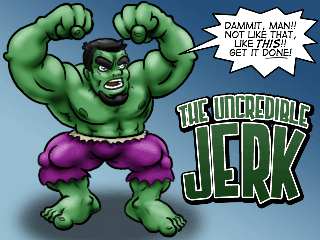 One night I was walking home from a friend's house and I passed by a couple guys. As I walked by they seemed to look at me funny and laugh. Once behind me they started to make comments such as "herp derp". Which to me sound like they were making fun of me. The part that I found funny is that it didn't seem to bother me one bit. This is because I have dealt with people like this for pretty much my entire life.


I find that if the younger population sees something that they don't understand they begin to question it. The problem with this is that is their way of questioning. Especially, when it comes to other people. For example, I don't mind it when people ask about my disability, but I what I don't mind is when it is made into a joke.

During my younger years in school I had dealt with a lot of bullying. So that being said I have belt up somewhat of a tolerance to that. Small comments hat the confused people make no longer have an effect on me. In a strange way I find myself glad that I was bullied. It has helped me become more mature as an adult and gives me a shield against discrimination.

If I were to tell one thing to the younger generation of the disabled I would say that it gets better. People will eventually grow up. Once they do they will begin to open their eyes and realize the difficulty we endure.
Email ThisBlogThis!Share to TwitterShare to FacebookShare to Pinterest
Labels: Rants

What do you think?

Popular Posts of the Month!